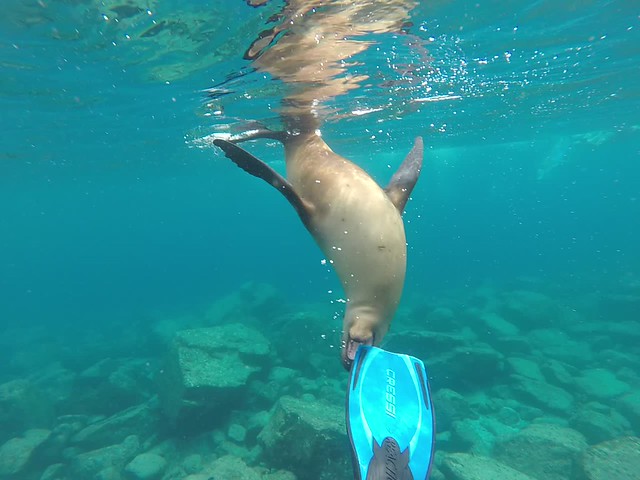 Days after the six students returned from a trip to the Gulf of California to study the ecology of a tropical marine environment, patches of their skin were still a bit prune-like from having spent so much time in the water. “I was never not wrinkled,” Madeline Schuldt ’18 recalled.

Schuldt and five other students recently came back to Bowdoin from a 10-day trip to Baja California Sur, where they dived and snorkeled several times a day to learn about an ocean ecosystem very different from Maine’s. By day four of the trip, they were thoroughly caked in salt, said Emily Bodell, who is studying at Wheaton College.

Schuldt, Bodell, Aidan Coyle ’17, Drew Villeneuve ’16, Samantha Garvey ’16 and Alana Luzzio ’17 are all participating in the new Marine Science Semester​, an immersive academic program at Bowdoin that launched this fall. While the program is based at the Coastal Studies Center in Harpswell, Maine, it includes overnight field trips to Kent Island in the Bay of Fundy, Hurricane Island in Maine’s Penobscot Bay, and Baja. It is open to students enrolled in the 12 schools that are part of the Twelve-College Exchange Program. 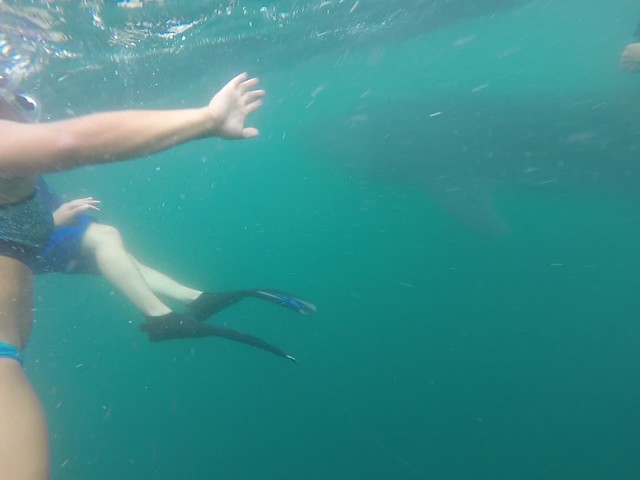 The program is fairly unique in that it is taught in modules, allowing students to dive deeply into topics from biological oceanography to marine molecular ecology and evolution. The trip to Baja California Sur formed the basis of the module on benthic ecology, which is the study of organisms on the seafloor and in ocean sediments. But the students said they were surprised and pleased to find the trip’s focus was much broader than this.

“We studied a lot of pelagic organisms, too,” Samantha Garvey said, referring to the organisms, including birds, that live throughout the open ocean. During their trip, the students observed, swam with and sometimes handled nearly 100 species, including sea lions, whale sharks, stingrays, tuna, parrotfish, frigatebirds, blue-footed boobies, green sea turtles, sea stars and bioluminescent plankton. Read their species list here.

For many of the students, getting up close to a sea lion colony was a highlight of the trip. “I was expecting to be in a boat and watch sea lions from a distance,” Aidan Coyle said. But when the boat neared a rocky island covered with dozing sea lions, the students were instructed to hop in the water. The sea lions, which evidently like to tease humans, swam around the students and nibbled on their flippers. One even charged a snorkeler at 20 miles per hour, its toothy mouth wide open (supposedly all in good fun, according to the students). At the last minute it veered away. “They like to mess with you,” Bodell said.

Drew Villeneuve ’16 said that swimming with the graceful mammals amazed him — “just being in the same environment with something so powerful, sleek and strong.” Throughout the trip, Villeneuve said he appreciated the break from lectures. The students’ job in Mexico was to explore and ask questions about anything they were curious about. They traveled with faculty from Bowdoin and the Universidad Autonoma de Baja California, as well as with local graduate students. “These were the brightest minds sharing the Gulf of Mexico with us,” Villeneuve said.

​Alana Luzzio ’17 agreed with Villeneuve about the value of learning in the sea rather than in a classroom. “I learned more in a week and a half” than from a semester of lectures, she said. 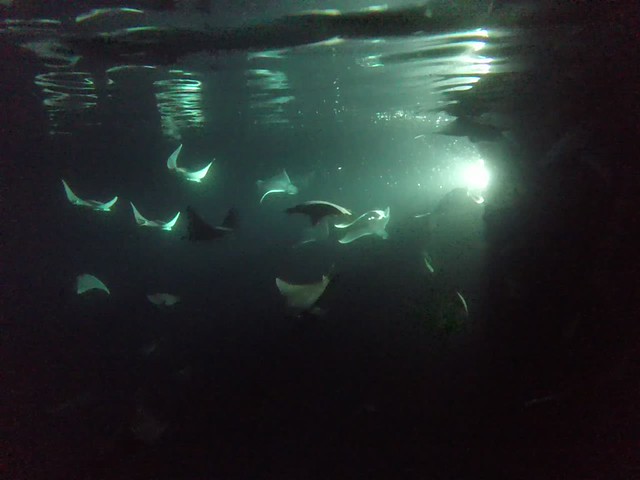 The students began their trip at the UNESCO Biosphere Preserve of Isla Espiritu Santo, a small, rugged, uninhabited spot, literally a desert island with cacti and hot, barren stretches of rock. They slept in tents on a beach in a secluded cove for four days. Bodell recalled her first impressions of their island home. “We came around the cove, by boat, and saw this crystal clear blue water and a white sandy beach,” she marveled.

The second half of the trip was based at La Ventana, a town two hours south of La Paz. The group stayed in bungalows and visited marine biology labs as well as heard research presentations by graduate students. “It was fantastic being around people who knew so much,” Coyle said.

None of the students had to pay extra to go on the trip; the cost was included in their semester tuition.

Schuldt said the highlight of the trip for her was the certainty she came to about​ her course in life. “It reinforced my whole desire to study marine science,” she said. “This is something I could study for the rest of my life and never get bored.”

Teasing, social sea lions near Los Islotes in the Sea of Cortez 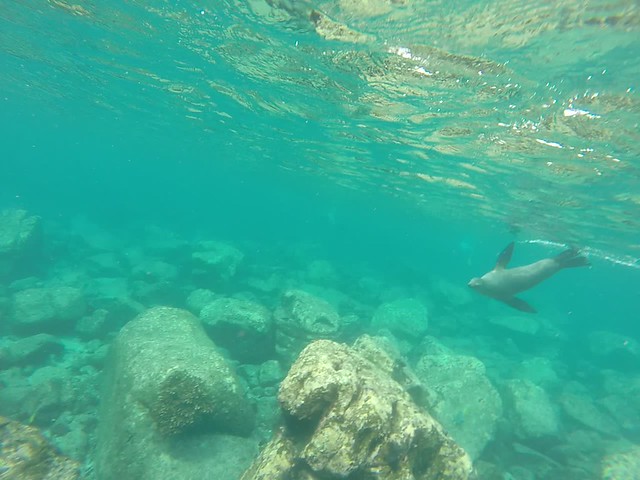 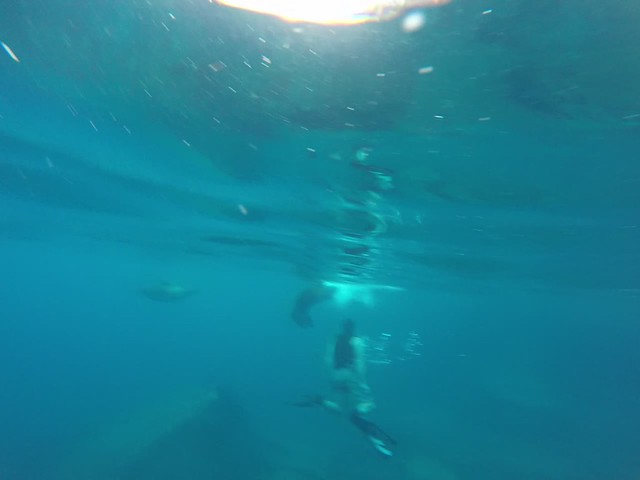